All Collections
Product Knowledge
CBD
What is CBD?

A detailed look at CBD and what makes it unique.

Written by Seaburn
Updated over a week ago

CBD is the second most prominent cannabinoid in the cannabis plant. At first glance, CBD and THC look nearly identical; both feature the same amount of hydrogen, oxygen, and carbon atoms. It’s merely a single hydrogen atom that creates the structural difference between the two. 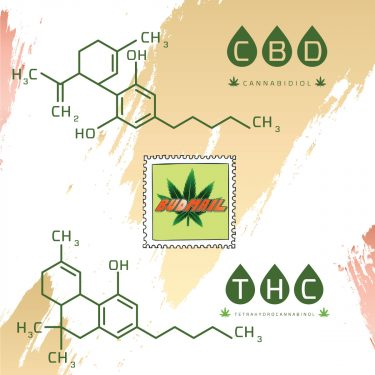 While microscopically minor, this atomic detail produces effects that are worlds apart. Namely, unlike THC, CBD it’s nonintoxicating. It interacts with our receptors in an entirely different way. This unique interaction is what gives CBD its numerous therapeutic benefits as well as its ability to curb some of the less enticing effects of THC.

How Does CBD Interact with Our Bodies?

Unlike THC, CBD does not bind to our CB1 receptors (well, technically it does but only with an extremely low affinity); rather, it interacts with them indirectly and alters the way they work. By changing the structure of our CB1 receptors, CBD makes us more receptive to cannabinoids produced naturally by the body such as anandamide and 2-AG. Moreover, by altering these receptors, CBD also inhibits some of the effects of THC (more on this in a minute).

What are the Effects of CBD?

There is growing evidence that CBD has several medical benefits, particularly for treating rare forms of childhood epilepsy such as Dravet syndrome and Lennox-Gastaut syndrome. Pain, inflammation, and even Chron’s disease are also afflictions CBD has been known to relieve.

It’s worth noting that nonintoxicating does not mean non-psychoactive. Although CBD doesn’t produce the hyper-sensorial effects THC does, it still very much impacts on our psyche. Commonly, it’s used for anxiety, depression, and PTSD. It treats these conditions by influencing not only cannabinoid receptors but also serotonin receptors (among several others).

It also inhibits dopamine pathways—the sets of neurons in the brain that create a sense of reward and, as an unfortunate result, facilitate addiction. By blocking dopamine pathways, CBD potentially aids individuals struggling with opioids, alcohol, and other dopamine-triggering substances.

Did this answer your question?